Stuck on a good idea: How 4 friends in Toronto used stickers to help children around the world learn!

You might say that when it comes to helping kids around the world learn to read, Lak Chinta and his 3 partners at Attollo SE stick to the basics.

The 2 engineers and 2 neuroscientists met in 2012 while in the MBA program at the Rotman School of Management at the University of Toronto.

Prompted in 2014 by a social challenge from former U.S. president Bill Clinton to reach 10 million children in early childhood development within 5 years, they travelled to India and Kenya, where they saw first-hand that many kids, often from low-income communities, simply did not have the vocabulary needed to allow them to succeed in school.

They realized the solution would have to be adaptable, low-cost, accessible and scalable, and require only basic technological skills and a small number of resources.

The answer was both challenging and surprisingly simple: specially designed Talking Stickers with quick response codes and audio and recording capabilities that could help children learn fundamental language skills.

“Children love stickers and technology,” says Mr. Chinta, CEO and co-founder of Attollo SE. “So, how do we close the vocabulary gap while taking into consideration the experience of children?” he asks.

Upon completing his MBA, Mr. Chinta, who also holds a PhD in neuroscience, switched careers. He and his classmates went on to establish Attollo SE in Toronto, Ontario. Attollo SE—“atollo” means “to elevate” in Latin, while “SE” refers to “social enterprise”—is a for-profit social enterprise dedicated to helping children in Canada, India and developing countries around the world learn to read.

What makes Toronto-based Attollo SE different is that it allows parents and caregivers who are less literate to help their children learn the skills they will need to succeed.

Literacy is a global issue

Mr. Chinta notes that childhood literacy problems are not limited to developing countries and that more than 25% of Canadian first-graders are not ready for school. That number is likely higher when considering marginalized communities and the effects of school closures and gaps in learning due to the COVID-19 pandemic.

That’s why since 2015, Attollo SE has collaborated with researchers from George Brown College and the University of Toronto to pioneer the use of their Talking Stickers in government and private preschools in Chile, Ghana, India and Tajikistan—the latter country in partnership with the Aga Khan Foundation.

Mr. Chinta is particularly proud of Attollo SE’s successes, as well his role in “trying to do something that has an impact on the lives of children whom I have not even met.” 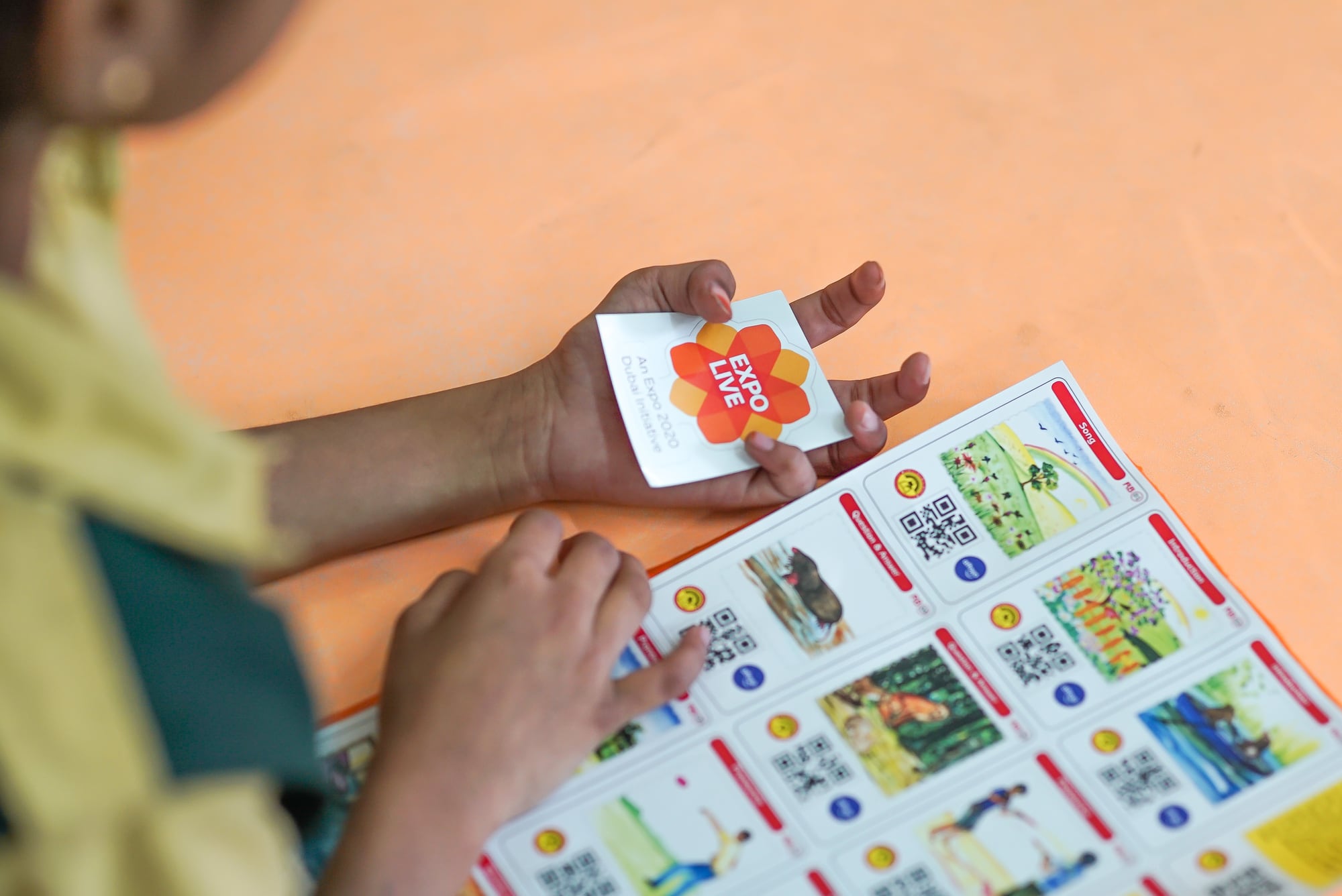 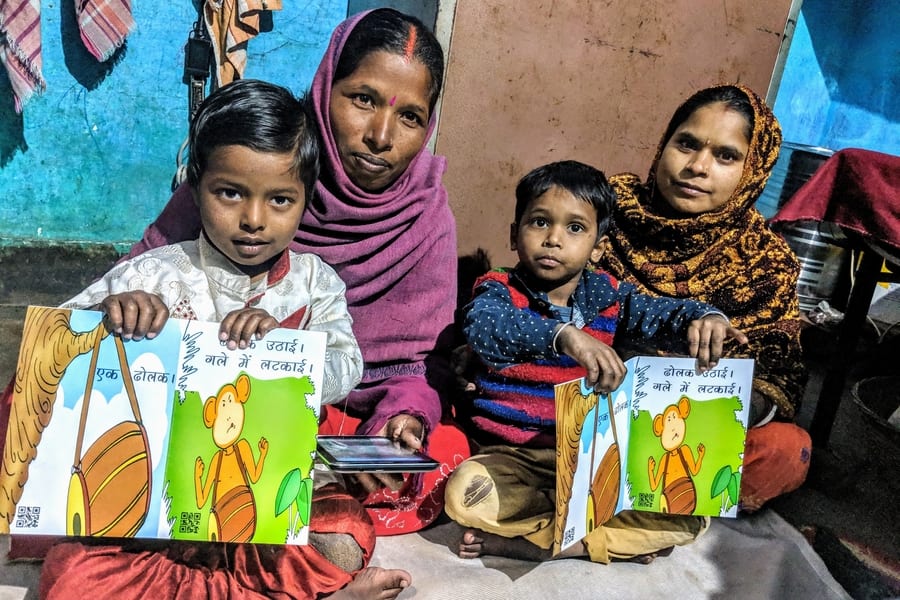 Nice to have the Trade Commissioner Service looking out for us

Attollo SE’s expansion into new markets and its development of new offerings continue, and Mr. Chinta is adamant that Attollo SE would not have been able to succeed without the help of the Government of Canada and the Trade Commissioner Service (TCS), particularly in dealing with foreign governments and in setting up Attollo SE’s wholly owned subsidiary in India.

“Being a social entrepreneurship, especially in international markets, is twice as difficult,” he says, “especially when it comes to accessing capital. It was nice to have the TCS looking out for us.”

Attollo SE has been working with the TCS since the company’s inception. The TCS helped the company to test the first version of their Talking Stickers in Hyderabad, India. It also helped prepare Attollo SE to meet with local preschools and non-government organizations in order to test their product.

In 2017, Attollo SE received a grant from Grand Challenges Canada, which is funded by the Government of Canada, to evaluate the effectiveness of the stickers in a low-resource setting, and in 2018 they were selected for Expo Live’s Innovation Impact Grant Programme, 1 of only 3 Canadian companies out of 11,000 global applicants, and the only Canadian company in the education sector.

Opportunities in the United Arab Emirates prompted Mr. Chinta and his team to turn to the TCS for help once again.

For Mr. Chinta, while the COVID-19 pandemic forced Attollo SE to cut its India-based staff from 12 full-time members to 6, it also presented the company with yet another opportunity to use its product to reach the public. “The timely help we got from Expo Live allowed us to use the platform to help governments in India get the message out about COVID-19,” he says.

This meant frontline staff could use the platform to reach nearly 300 million people in 5 states in India with public health and safety information—and they were able to do it using language and terms their audiences could understand. 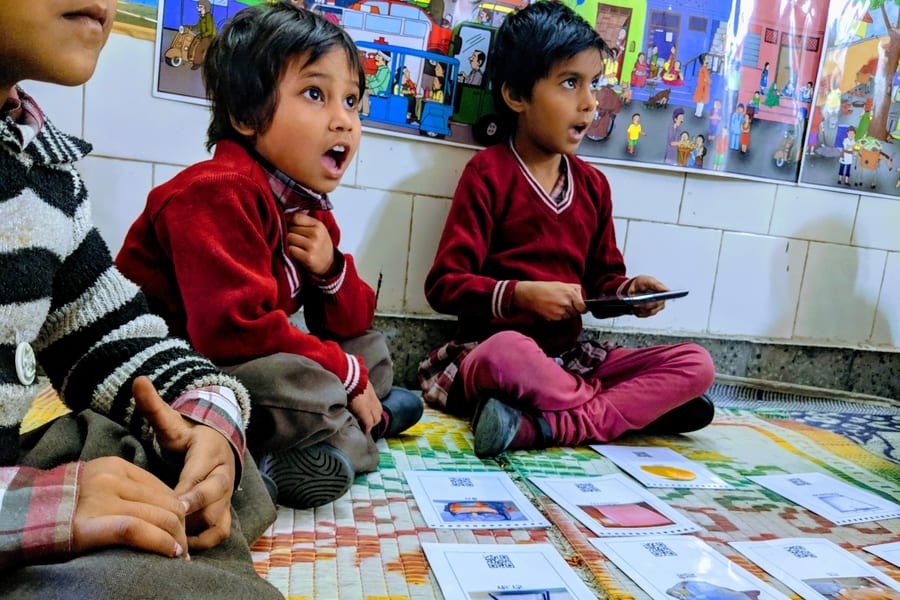 Knowledge and Learning Week at Expo 2020

Mr. Chinta is particularly excited about Attollo SE’s participation in Knowledge and Learning Week at Expo 2020 in Dubai, from December 12 to 18. The company will be unveiling its OLLO offering, the first screen-less, offline, curriculum-based platform that is able to help any child anywhere in the world catch up on learning.

“Over the last 8 months, we’ve been working on the next innovation, which is to help any child overcome learning loss,” Mr. Chinta says.

And he believes Expo 2020 will not only give exposure for his company but for Canadian innovation worldwide.

Some advice for Canadian entrepreneurs

With the perspective gained from Attollo SE’s global successes, Mr. Chinta shares his insights and words of advice for other Canadian entrepreneurs and service providers looking to expand internationally.

When looking abroad, he advises to “stick” to 1 country; but he cautions, “globally doesn’t always mean the U.S. [United States].”

And if possible, Mr. Chinta recommends getting involved in advocacy and working with partners—including Canada’s Trade Commissioner Service—to help you understand your target markets, open doors and make connections.